My current reading list containing books that I’m eager to read and several favorites that I’d read again. This book list is mainly for me to have a central, easy location to access this information before I started using Goodreads. Several suggestions littered throughout this page are pulled from fellow books recommend by Willow and Birch’s lists. Visit our other booklists for kids/teens, Zero Waste/ Minimalism, Parenting and Unschooling/Homeschooling. 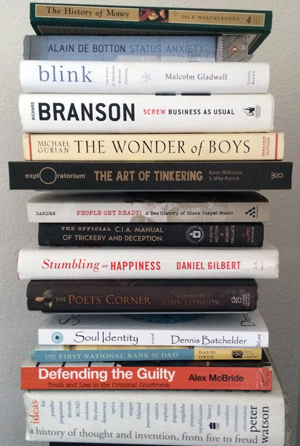 I don’t update the book list here as much. Join me over at Goodreads!